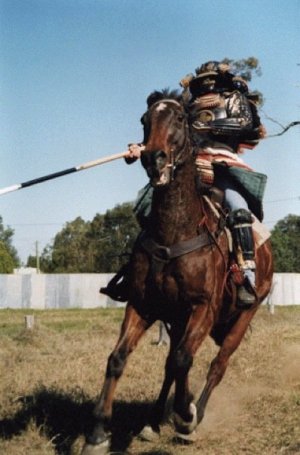 During his 10th year, Andrew expressed an interest in the study of Martial Arts. In his High School years, he began his study, gaining a black belt and competing in Tae Kwon Do while at school, alongside rowing and other school activities. It was evident that the Martial Arts were to remain a passion. With the onset of University, training in the Bujinkan had commenced in earnest with Andrew Macdonald returning from Japan briefly, which resulted in his going to the First Australian Taikai, and then commencing training in Japan.

Studying in Japan with Soke, Nagato and other Shihan every year since, Andrew was the first person in the World to pass the Godan test (5th Dan) in the New Hombu Dojo at its opening in 1997, with another Australian, Rod Hodgeson being the other to pass that day. As a Bujinkan shihan (10 dan), Andrew regularly returns to Japan to train with Soke and the other Japanese Shihan.

Recently, he has had the opportunity to work alongside other nationally and internationally renowned Martial Artists and Stunt Co-ordinators to follow a more personal career interest as a Stunt performer in film and television, and provides technical support and performing skills for Fight choreography, arms & armour fight techniques, historical and technical information for the film and television industry.

To date, Shihan Andrew Beattie is the head instructor of Bujinkan Sydney Metro Dojos, classified as Japan trained, regularly visits Japan taking along any of his students who are able to go, and also teaches overseas with seminars in the UK and Europe.

In addition, Andrew is involved in Bajutsu (samurai horsemanship and horse archery), armoured fighting and jousts at a local and international level. 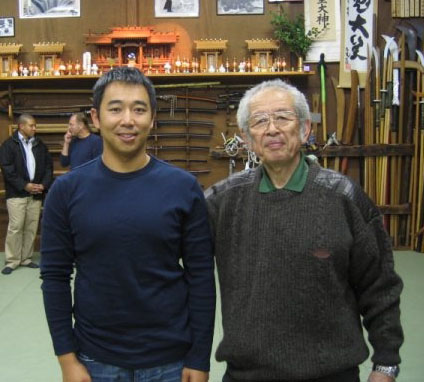 Kevin has trained in martial arts since he was 7 years old. During his years of training he has had the opportunity to learn Wing Chun and various other sport martial arts. Kevin began his training in Bujinkan under Dean Connors in Newcastle in 1995. He later joined the Sydney Metro Dojo in 2005 under the guidance of Andrew Beattie.

Kevin has had the great opportunity to travel to Japan and train with Hatsumi Sensei and various other top Shihans. In his travels he met and made great friends with fellow buyu.

Kevin enjoys assisting Andrew with his classes as this gives the great opportunity to further understand and practise Kihon Happo and Sanshin no Kata.

Joel began training under Andrew Beattie when he and some like minded friends decided to get involved in a sword work class instead of just hitting each other with shinai in his backyard. Joel had always had an interest in Japanese culture and when he found out that Andrew was a high ranking instructor of a Japanese martial arts he jumped at the chance to learn.

Since he started training in bujinkan in 2002, he has had the opportunity to train in Japan under the Japanese Shihan once in 2007, again in 2009 where he passed the godan test and 2014.

Joel began a training group in the Penrith area after returning from Japan in 2009 to give him extra opportunities to practice what he has learned in Japan and continues to learn from Andrew Beattie and whoever will teach him. He also enjoys the opportunity to practice and revise kihon and basics. You can find out more about Joel’s training group at his website: Bujinkan Shoshin Dojo